Another very successful beach cleanup was completed on April 22nd 2018 thanks to the hard work of 123 community volunteers. Nine different teams were active that day under the direction of their Beach Captains. As usual, this event was a success thanks to a great collaborative partnership between the Mayne Island Recycling Society and the Mayne Island Conservancy. The Capital Regional District picked up the cost of transporting the debris to Hartland Dump in Saanich. 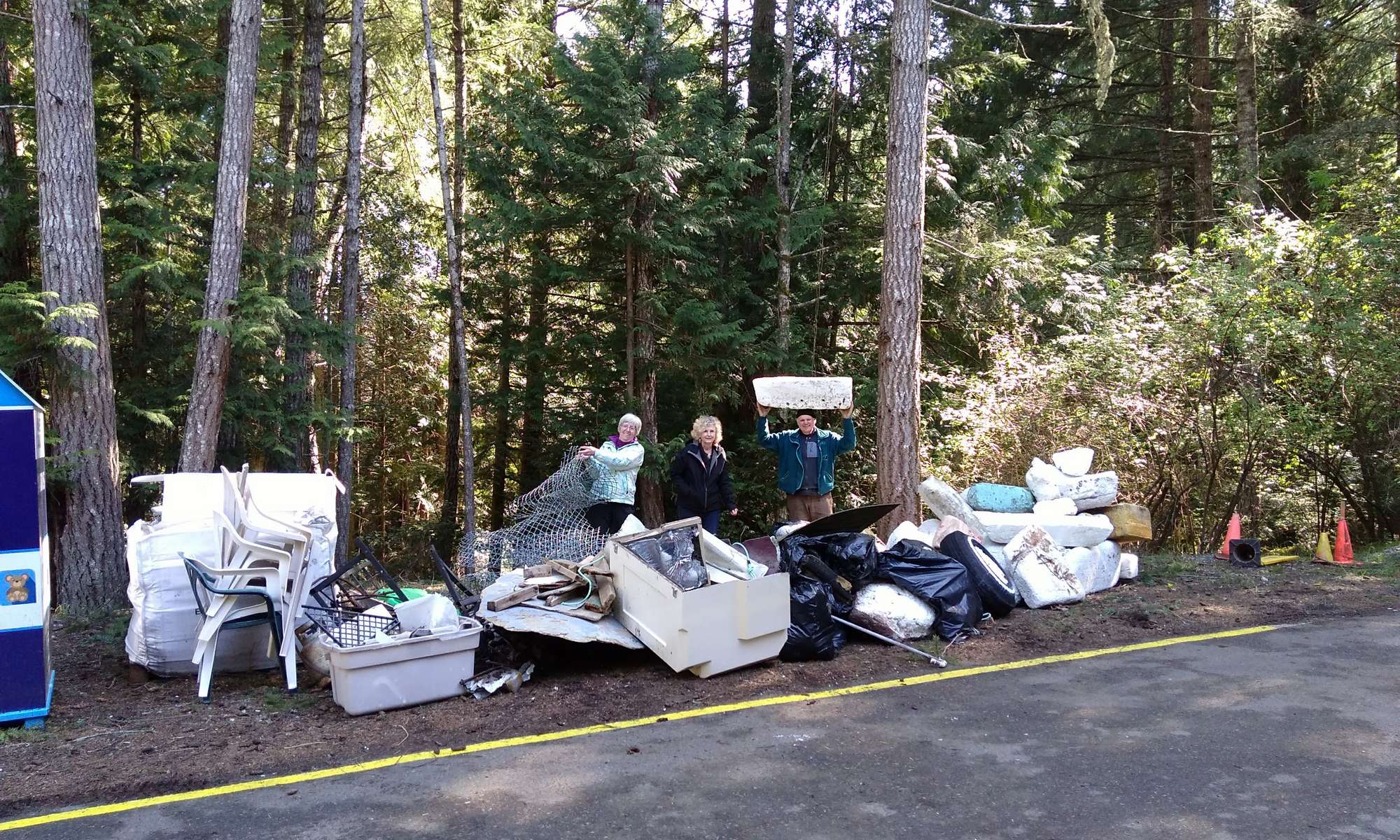 A shocking total of 3,145 Lb of debris was removed from our beaches this year. The good news is this debris will not break down and enter into our marine food webs! The sad news is the amount of debris removed from year to year does not seem to be declining; here are the totals from recent years:

By weight, here are the types of materials removed from our beaches in 2018: 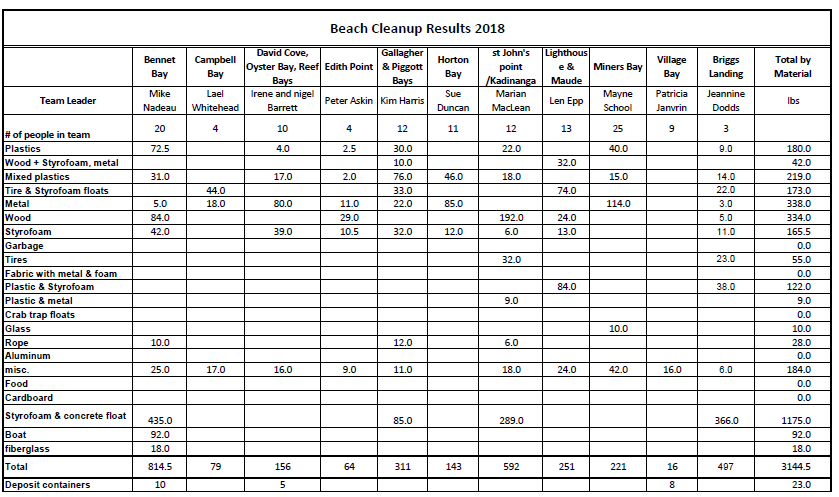 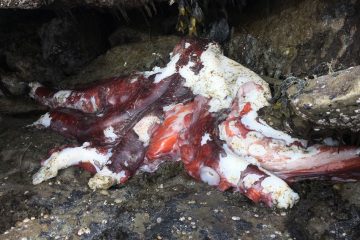 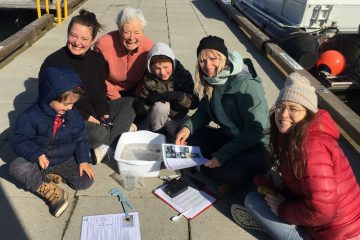