As I write this, I can hear the distinct and beautiful call of a Purple Martin foraging over the Conservancy office. At that moment I am reminded that just under two decades ago, this was a call not heard on Mayne Island as the total population in BC at that time was around 50 breeding pairs; it was in serious trouble.

Fast forward to around 10 years ago when a dedicated pair of Mayne Island’s birding community—Bernard and Herbie Rochet—volunteered to take on the Mayne Island component of the Western Purple Martin Recovery Program which started in 1999. This was a nest box program using dock pilings and other structures along marine shorelines. As the local volunteers to the Program, the Rochets installed and maintained the nest boxes, recorded when the first adults arrived, read banded birds, banded hatchlings and did measurements of chicks and recorded the annual success of the fledged young. These efforts, on behalf of the martins, have paid off in that we now have two robust breeding colonies at Miners Bay and Bennett Bay producing a consistent number of new birds to the regional population. This is a great success story and we have the Rochets to thank for their tireless contribution to it.

Before this time and to the present, the Rochets have for almost two decades been contributors, and more recently the coordinators, of the Mayne Island component of the BC Coastal Waterbird Survey. This survey identifies all marine species and their numbers each month from Fall to Spring along the shorelines of Mayne Island.  Again Bernard and Herbie’s diligence and skill have contributed to the success of this program.

All this is to say that Bernard and Herbie have decided to pass the reins on these two projects. They are leaving our community with a wonderful legacy that new volunteers will continue into the future. The Mayne Island Conservancy wishes to extend its heartfelt thanks to them both for these and other contributions to the quality of our community and wish them well in their new birding territory. 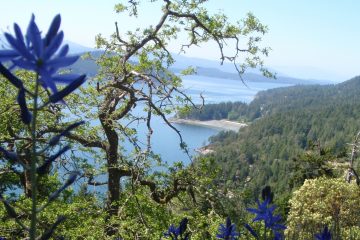 Why I Volunteer at the Conservancy

As the mother of four wonderful young women and grandmother of a two-year-old, I’ve reached a satisfying stage of life. In her book ‘Grandmothers of the Light’, Paula Gunn Allen eloquently describes this time as Read more… 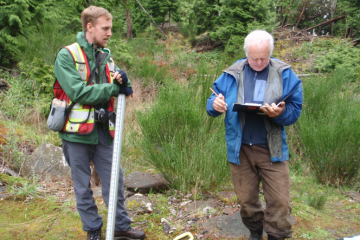 Why I Donate Monthly by Dan Stewart

I am a graduate student in the Department of Forest and Conservation Sciences at UBC and have been both a member and monthly donor to the Mayne Island Conservancy for about 4 years. My connection Read more… 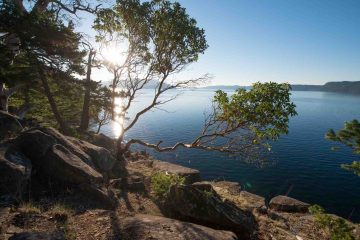 Why I’m a Shoreline Care Volunteer

After a dozen years as a regular visitor to Mayne Island, I became a fulltime resident. As a boater and scuba diver I was attracted to the rich marine setting and shoreline that invites peaceful, Read more…