Deb came to Mayne Island in 2007. After a few years of being a part-time seasonal resident, island life got the better of her. She is passionate about community and the health of the environment, so when an opportunity to sit on the board of directors for the Mayne Island Conservancy she jumped at the chance.
Deb’s work life has been focused in the area of Organic Foods and Natural Health, she & her husband own The Organic Grocer in Surrey. She was involved in the development of Organic Food Standards both in BC & in Canada and sat as President of The Certified Organic Associations of BC during the development of the Canada Organic Regime. She was a founding director for the Canadian Worker Coop Federation & sat as Co-Chair of CCEC Credit Union in the late ‘80s.

Alison moved to Mayne Island from Vancouver in December 2017. She and her husband found the beauty of the Gulf Islands suited their love of the quiet outdoors. A committed environmentalist and animal rights advocate, Alison took an immediately interest in the work of the Conservancy. Alison’s back ground is varied, she began her career in public television, and went on to work in a variety of small organizations, often taking on the role of bookkeeper, as well as her other duties, before starting her own accounting and software training business. Alison is retiring to focus on volunteer work for not-for-profit organizations.The Conservancy’s missions are in line with Alison’s dedication to environmental causes.

Helen has lived on Mayne Island since 1998, a steward of one of the original Japanese farms and has been a director of MICS since year one. She has a MA in Children’s Literature, co-founded the Vancouver Storytelling Society and has recently published Fin’s Swim, a book on the Fraser River.

Maggi has been a weekender on Mayne Island since 1985 and a Conservancy board member, chair of the membership committee and coordinator of the annual May Day since 2005. She has a BA(Hons) Anthropology from UBC. The Mayne Island Conservancy with all its expertise is a great place for people, like Maggi, who love learning about the natural environment and the ways we can protect and preserve it.

Joan has been on Mayne for 16 years after leaving Tsawwassen where she grew up.She has always had an interest in gardening, a passion inherited from her parents. Joan has designed and installed gardens in Tsawwassen, and here on Mayne Island after her move. well. Her years in Tsawwassen made her aware of Indigenous plants and over the years she has become more and more interested. She made contact with Rob Underhill a number of years ago and began donating seeds from native plants in her garden. She volunteers at the semi-annual plant sales and assists Rob at the Nursery as well. It was through this work that she was drawn closer to the Conservancy and its objectives. Having cut back substantially on her own business she now has the opportunity to donate more time to the Conservancy and has decided to put her name forward for the Board of Directors.

Nancy has been on Mayne Island part time for the past 15 years and is in the process of moving over full time. She is interested in being part of the Conservancy Board because of all the organizations needing volunteers, this is the one that matters the most to her. Nancy has been an amateur bird watcher and naturalist for many years and wants to focus her volunteer time working alongside others with similar interests and values. Her work experience has been varied: she has owned and operated several small businesses, and was a school librarian for a period of time. She has good bookkeeping and organizational skills and is comfortable working with children. Nancy has recently joined the Program Committee and is looking forward to becoming a member of the Board of Directors.

Charlotte is a recent undergraduate from the University of British Columbia with a B.Sc. in Biology. Growing up along the coast of B.C. has inspired her to study biology with focuses in marine ecology, ornithology, conservation and physiology. During her undergrad she became an experienced diver while assisting research on feather stars in the Philippines. In the past year Charlotte finished her degree taking field courses at Bamfield Marine Science Centre and spent the winter as an education intern at the Alaska Sealife Center. Throughout her life she has been working on sharing the beauty and diversity of the ecosystems she studies through illustrations and photography.

Joël moved from Montréal in 2011 to complete an Adventure Guide Diploma at Thompson’s Rivers University. Since then, his studies brought him to Halifax, Haida Gwaii and Prince George in fields like Community Design and Natural Resource Science. After all these detours, he is now a graduate of the University of Northern BC with a BSc of Natural Resource Management in Outdoor Recreation and Conservation. Joël has worked seven years as a sea kayak guide around northern Vancouver Island sharing the beauty of British Columbia’s coast to people from all over the world.

Categories: Board and StaffNews and Updates

Is your membership up to date?

To check your membership status, simply log in to your profile by clicking here.

Thanks for being part of the Mayne Island Conservancy. 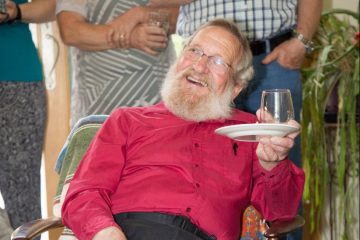 It was Scotch Broom that brought Alan Ryder into the Mayne Island Conservancy family, and what a gift he was! Whilst enthusiastically bashing broom on Felix Jack Road with members of the Broom Action Team, Read more… 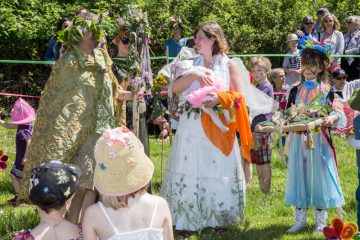 (Photo: Tom Hobley) The May long weekend is just around the corner and normally we’d be looking forward to the opening of the Farmers’ Market and May Day, one of the community’s most colourful spring Read more…

To quote Dr. Bonnie Henry, “Please, go outside.” And while you’re out there, why don’t you bring along your camera and take some photos to enter into the 2020 Nature Photo Contest? Winners will be Read more…