Tansy ragwort (Senecio jacobaea), also known as stinking willie, is a toxic invasive biennial or short-lived perennial plant introduced to Canada from Europe in the 1850s via the ballast water of ships. It is currently found in the Fraser Valley, southern Vancouver Island and the Gulf Islands, and in parts of the Okanagan Valley.

How to Identify Tansy Ragwort

Tansy ragwort produces bright yellow daisy-like flowers with 10-15 petals each which are arranged in dense, flat-topped clusters near the top of the stem. Plants can grow to 4 feet in height with several upright stems branched near the top, and the leaves are dark green with ruffled edges. The seeds are formed in a cluster of white hairs and can be viable for up to 15 years. A single plant can produce 150,000 seeds, and tilling, grazing and other disturbance will cause dormant seeds to germinate. Tansy ragwort is found on disturbed sites and bare ground, roadsides, and on forest clear-cuts, and it thrives in full sun and well-drained soils but not in areas with a high water table or acidic soils.

The plant is easy to identify as it does not have any close lookalikes. A native plant known as woolly groundsel is in the same family but is smaller in size and does not have the deeply cut leaf structure. Common tansy, a non-native species, has leaves that are sharply toothed and flowers that resemble yellow buttons.

Tansy ragwort produces alkaloids which can cause liver damage to livestock and other animals. Pollinators are not affected by the alkaloids in the plant, and many species of insects use tansy ragwort as their main nectar source. Local bees can make honey from it, but luckily, it is usually too bitter and off-colour to reach market.

How to Manage Tansy Ragwort

There are several ways to manage this noxious plant species. Monitor pastures used by livestock, horse trails, and roadsides, and eradicate new infestations while they are small. Minimise soil disturbance and replant exposed soil as soon as possible. Remove plants when soils are moist and completely remove root mass. If plants are hand-pulled prior to flowering, the plant can be left on the site to decompose. If plants are cut post flowering, all plant parts, including flower heads, should be bagged and sent to the landfill.

Two species of insect have been introduced to British Columbia as biological control agents for the control of tansy ragwort: the cinnabar moth (Tyria jacobaeae) and the tansy ragwort flea beetle (Longitarsus jacobaeae).  The beautiful cinnabar moths resemble flying strawberries with their brilliant deep red wings, and tansy ragwort is the main food source for their equally colourful caterpillars. 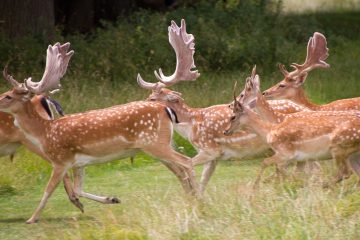 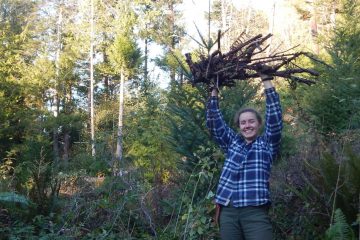