To follow up on previous posts in the Oystercatcher, in the fall of 2021 the Conservancy began to more actively advocate with the provincial government to live up to its responsibility to deal with the hyperabundant populations of introduced Fallow deer and the native Blacktail deer.  The large numbers of both species are devastating our local environment and harming many other plant, bird, animal and pollinator species, with the Fallow deer being especially destructive.  It’s not just about protecting flower gardens!  The first step in this advocacy was to write to relevant provincial ministries and appeal for serious action.

Our last post in this newsletter was the response we received in January from the Ministry of Forests, Lands and Natural Resources.  Since then, we have followed up with another letter to indicate our disappointment to their very non-committal response.  That letter is published along with this report.

Back-and-forth letter writing may seem like a pointless exercise, but it’s an important signal to the government that we’re not going away.  You can help us by voicing your own support to the addressees on this last letter – the squeaky wheel gets the grease, so let’s squeak as loudly as we can together.  We are grateful for the support we have received from our local Island Trustees and our MLA who recognize the seriousness of the problem and are willing to take a nonpartisan stand.  Our MLA Adam Olsen is now pursuing an indigenous approach with the province, and we hope to have more to say about that in a future Oystercatcher.

Meanwhile, we have submitted Freedom of Information (FOI) requests to the province concerning the defunct Fallow deer farm on Mayne Island and expect to see some results later in June.  We will be seeking advice from scientific experts on the effects of hyperabundant deer and control methods, and starting to work on public education and media strategy.

As I said, we’re not going away on this issue.  It’s too serious to let go.

Second Letter to the Province re: Overabundant Deer

The following letter responds to the government’s email and includes a request for a meeting among other actions.

RE: Follow-up to Concerns Regarding Overabundant Fallow Deer Populations on Mayne Island.

We are writing to Minister Katrine Conroy, in response to the email of December 6, 2021 received from Sharon Hadway, Regional Executive Director for the Ministry of Forests, Lands, Natural Resources Operations and Rural Development (FLNRORD).  We have also included Minister Lana Popham in this response, recognizing that the problem originated from the fallow deer farm permitted on Mayne Island under her Ministry in the 1980s, as well as Minister Josie Osborne, responsible for the newly formed Ministry of Land, Water and Resource Stewardship.

The Mayne Island Conservancy Society continues to emphasize the need for stronger action than is currently being undertaken by the Province.

We acknowledge the actions taken by FLNRORD thus far:

However, the Ministry should understand that these measures do not come close to having a significant impact on the local fallow deer population. The environmental devastation being caused by fallow deer on Mayne must be abundantly clear to FLNRORD staff by now, so it is disappointing to learn that the Ministry is still seeking funding to properly address the problem. This lack of funding is particularly troubling in that it conveys a complete lack of urgency for the issue.

Compounding this lack of urgency is the proposal to review the hunting regulations for Mayne Island, with a deadline for comments of January 23, 2022.

In closing, we strongly urge that FLNRORD cancel the proposed hunting regulations changes for which no proper consultation took place, and which did not take into account the potential impact on the environment; reinstate and strengthen the special hunting permit program; and that Policy-level staff from both Ministries to whom this letter is addressed meet with the Conservancy to work toward a longer-term solution to the problem. We are happy to come to your offices but suggest that even better would be to meet on Mayne Island to see the environmental destruction that is occurring.

The Mayne Island Conservancy has the local credibility and expertise to advise on an effective deer management plan. At FLNRORD’s invitation, in 2013, the Conservancy co-moderated an extensive consultation with islanders to gauge their position on the overabundance of deer. An overwhelming majority wanted the fallow deer eradicated and then the blacktail deer numbers reduced to numbers that the environment could sustain.

We look forward to your timely action on this issue.

Thank-you Malcolm for this very strong letter. It’s great that Adam Olson is engaged on this issue.
I pledge to write a letter. George Heyman has a residence on Mayne – and he’s my MLA in Vancouver.

Something needs to be done ASAP this issue has been ignored long enough. The hunting permits for the island have been pulled for the hunters who have been permitted to hunt safely on our island the fallow population have increased since this happened! The permitted hunters used to eradicate 300 fallow per year and now they aren’t able to hunt. We personally had a license to hunt on our property until that was also pulled. The situation is ridiculous and needs to be sorted out!

Nice to see a letter has been writted, but I am not seeing what action is being requested? “…a need for provincial commitment to address the problem of fallow deer.” Is a request for what, another study? The IT is letting us down with this wishy-washy request for a commitment, not action. 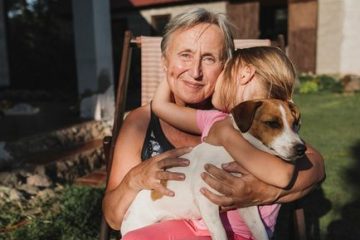 We are lucky. Supporters of the Mayne Island Conservancy are thoughtful individuals, who share a concern for our work and are committed to conserve the ecology of Mayne Island and its surrounding waters for future Read more… 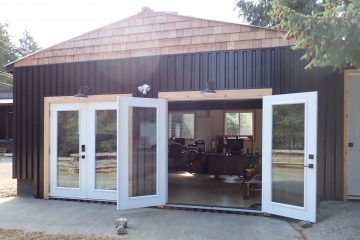 We have moved into a new office. We are now located at 454 Village Bay Rd, in a square black building behind Das Nest Restaurant. Our previous office at the Root Seller served us well Read more… 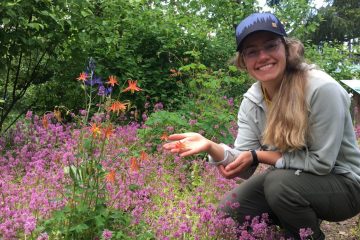 At the end of September, we bid a fond farewell to Katie Kushneryk. Katie worked with the Conservancy from April 2021 until September 2022 as our Stewardship Coordinator and will be missed! She has some Read more…