The Mayne Island Conservancy is pleased to have participated in the purchase of Edith Point, and in ensuring that it is protected forever! The Graves family, who owned the point for almost three decades, consulted with Michael Dunn, Executive Director of the Conservancy, over a number of years, discussing options for protecting this ecologically important piece of land in perpetuity. Meanwhile, the Conservancy conducted plant and wildlife surveys and ecosystem mapping on the property. This work established the ecological rationale for conserving Edith Point. As the Graves family considered how to create a conservation legacy, the Conservancy continued to provide advice and information about the options available and the organizations that might help make it a reality.

These conversations with the Conservancy eventually brought the Graves together with the Nature Conservancy of Canada (NCC) in pursuit of a mutually beneficial solution. In the end the Graves came to an agreement with the NCC, who now hold title to the publicly accessible portion of the property. For the purchase, the Mayne Island Conservancy contributed a total of $550,000 which included our CAMAS fund and gifts from a few generous private donors on the island. (The name CAMAS stands for Conservation, Acquisition, Management and Stewardship; donations which we had set aside for such an acquisition.) The NCC provided the remainder of the funds for the purchase.

In August 2022, the Graves family finalized a land donation through the Government of Canada’s Ecological Gifts Program, which provides enhanced tax incentives for individuals or corporations who donate ecologically significant land. The family will continue to own a private 7.5 acre parcel surrounding their home at the end of the point; the Graves family has asked the public to respect and not use their remaining private property. New trail signs that clearly mark the boundaries of the new conservation area will be installed to make it easy for visitors to stay within the publicly accessible section of Edith Point. The NCC and Mayne Conservancy will develop a joint management plan for the property. You can read the NCC announcement by clicking on this link – NCC and Edith Point.

Protecting 87 acres of Edith Point was a rare opportunity to conserve one of the most ecologically significant undeveloped properties in the Southern Gulf Islands. Edith Point retains a thriving remnant of one of British Columbia’s most endangered ecosystems with a mature coastal Douglas-fir and arbutus forest. The Point’s over three kilometers of rocky shoreline also provide important feeding habitats for an abundance of bird species. Mayne Island has one of the lowest amounts of protected land in the Southern Gulf Islands and conserving Edith Point puts an additional 1.6 per cent of Mayne Island into protected land.

Land conservation and stewardship is one of the top priorities of the Mayne Conservancy. If you are interested in supporting this initiative and others like it, please consider contributing to our new CAMAS Legacy Fund which is dedicated to future acquisitions. We are so grateful to the Graves family for dedicating themselves to protecting this exceptional property from development and for ensuring that it will be a permanent ecologically significant conservation area for Mayne Island.

At this time we know little of the Indigenous history of Edith Point. The SENĆO­TEN name given to the area is XEMYÁĆ which translates as ‘swift bay.’ John Elliott, an elder of the Tsartlip nation, says that it is likely named that because his people travelled there by canoe. The Saanich people are saltwater people and relied on reef-net fishing for their annual fish harvest.

In a fierce snowstorm February 13, 1872, the three-masted 200 foot barque, the Zephyr, sank off the northeast coast of Mayne Island loaded with sandstone slabs and columns from Newcastle Island near Nanaimo enroute to San Francisco for the building of the U.S. Mint there. Two lives were lost, and the wreck remains a favoured site for scuba divers. Some of the slabs and columns were recovered in 1987 and one slab is on display outside the Mayne Island Museum, formerly known as the Plumper Pass Lock-up.

Edith Point was pre-empted by Francois Louis Murray David in 1896 for $10.00! Pre-emption was a process whereby settlers could get title to land for a low price if they occupied and ‘developed’ it. We acknowledge that this property, as with all of Mayne Island, remains unceded by Indigenous Peoples and that the pre-emption took place without their assent.

A sandstone rock quarry was located on the south shoreline of the Point. Sandstone from this small quarry was mined in the early 1900s and used in the construction of Postal Station C between 1914 and 1916, located at Main St. and East 15th Avenue in Vancouver, BC, and now called Heritage Hall.

This is absolutely wonderful news for Mayne Island: for its endangered habitats, as well as for everyone who has enjoyed the spectacular views and various trails of Edith Point, which the Graves family has so generously allowed the public to access over many years. Thank you!

Very grateful to the Grave’s family and CAMAS fund for the acquisition of Edith Point, which will be a land haven for perpetuity.

Happy to read the news and that the deal came to fruition. So grateful to the Graves for their generous donation so all could enjoy in perpetuity

Excellent news. Thank you MI Conservancy for doing this.

We are very grateful for thè generosity of the Graves, the work of the Mayne Island Conservancy and others for protecting this land from development.

Regarding Edith Point, I really enjoyed reading the connection between the 15th Ave. Heritage Hall postal station in Vancouver with the rock quarry on Mayne Island at Edith Point. Congratulations on this conservation project! Peter Chataway

Hip,hip hurray! Kudos to the Graves family! Thank-you for stewarding this gem on Mayne. In Vancouver I live a few blocks from Heritage Hall which was constructed with Edith Point Sandstone. Who knew?!

Many thanks to all those involved in the conservation of the magnificent Edith Point peninsula. The Graves have always been generous in sharing access to the property with Mayne islanders, and now they have ensured its conservation for generations of residents and visitors to come. Congratulations to the Mayne Island Conservancy for facilitating this acquisition!

This is a lifelong wish that has come true! I lived up the street and hiked on beautiful Edith Point for over 50 years. BRAVO and thank you to the Graves family and the CAMAS donors!

Well this is the best news of the year. Thank you to all involved with making this reality. And thank you to Edith Point for being a place of wild, respite, contemplation, and wonder. May we take care of this land with great respect and responsibility.

Well this is the best news of the year. Thank you to all involved with making this reality. And thank you to Edith Point for being a place of wild, respite, contemplation, and wonder. May we take care of this land with great respect and responsibility.

Well this is the best news of the year! Thanks to everyone involved for making this possible. Thanks also to Edith Point for being a place of wild, restoration, contemplation and wonder. May we care for this land with respect, responsibility and reciprocity.

Well this is the best news of the year! My gratitude for all of those involved with this. Thanks also to Edith Point for the wild, restorative, contemplative and wonderful space that you are. May we care for this land with respect, responsibility and reciprocity.

The best of news. This is an ecologically important place that has been tended and inhabited by indigenous peoples for thousands of years and as a part of the Coast Salish traditional territories for millennia it is so very important that it be saved from the destructive elements of settler developments. Bravo to the Graves Family, the Mayne Island Conservancy, the generous donors and the Nature Conservancy. My family and I are honoured to be able to continue to cherish this lovely place and walk the trails with remembrance and to honour the indigenous peoples and their ancestors who remain tied to this place steeped in pre-history. 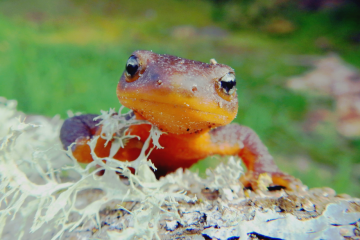 Double Your Donation in December

For those of you who have already made a donation to the Conservancy this year, we thank you so very much. If you are considering a donation, or want to top up what you have Read more… 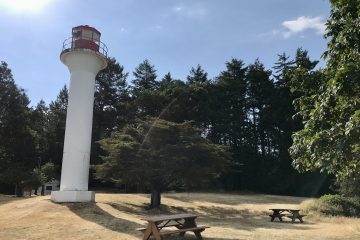