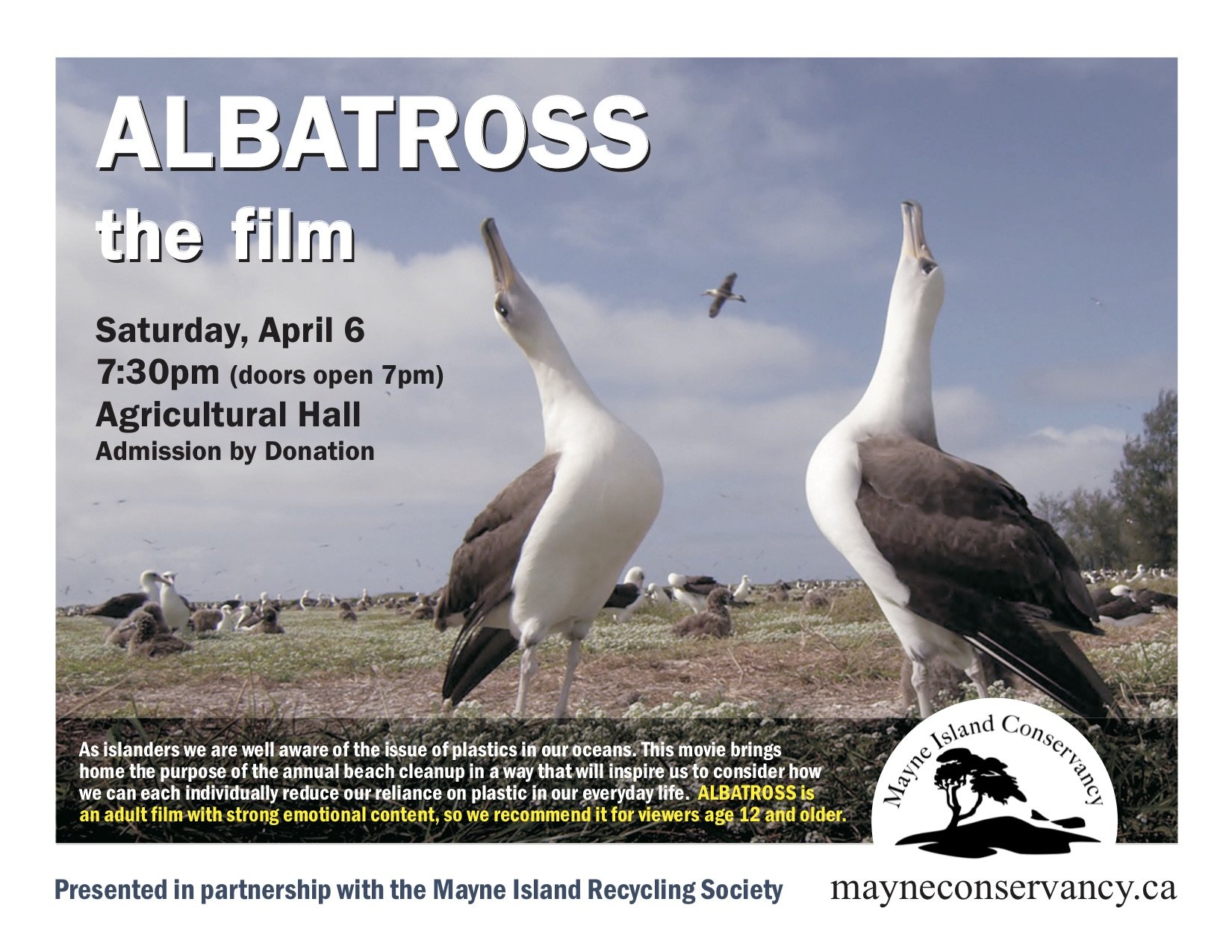 As Islanders we are well aware of the issue of plastics in our oceans. This movie brings home the purpose of the annual beach cleanup in a way that will inspire consider how we can each individually reduce our reliance on plastic in our everyday life.

ALBATROSS is an adult film with strong emotional content, so we recommend it for viewers age 12 and above.

The journey of ALBATROSS began in 2008 as a collaboration between internationally acclaimer film maker Chris Jordon and his friend, activist/photographer Manuel Maqueda. Studying the newly-emerging issue of ocean plastic pollution, they learned of a stunning environmental tragedy taking place on a tiny atoll in the center of the vast North Pacific Ocean. They immediately began planning an expedition, and on their first trip to Midway Island in September of 2009, the team they assembled photographed and filmed thousands of young albatrosses that lay dead on the ground, their stomachs filled with plastic. The experience was devastating, not only for what it meant for the suffering of the birds, but also for what it reflected back to them about the destructive power of our culture of mass consumption, and humanity’s damaged relationship with the living world.

As the time approached to release ALBATROSS into the world, Chris realized he could not treat it as a commercial product. To do so would tacitly endorse the same destructive machine of mass consumption that had filled our beloved birds with plastic in the first place.

Believing that now is the time for radically creative action by everyone on behalf of life, in whatever big or small ways we each have the power to do, ALBATROSS is offered as a free public artwork. The Mayne Island Conservancy Society and the Mayne Island Recycling Society felt that screening this production in conjunction with the Annual Beach Cleanup would help to reinforce the importance of this annual event in our community.