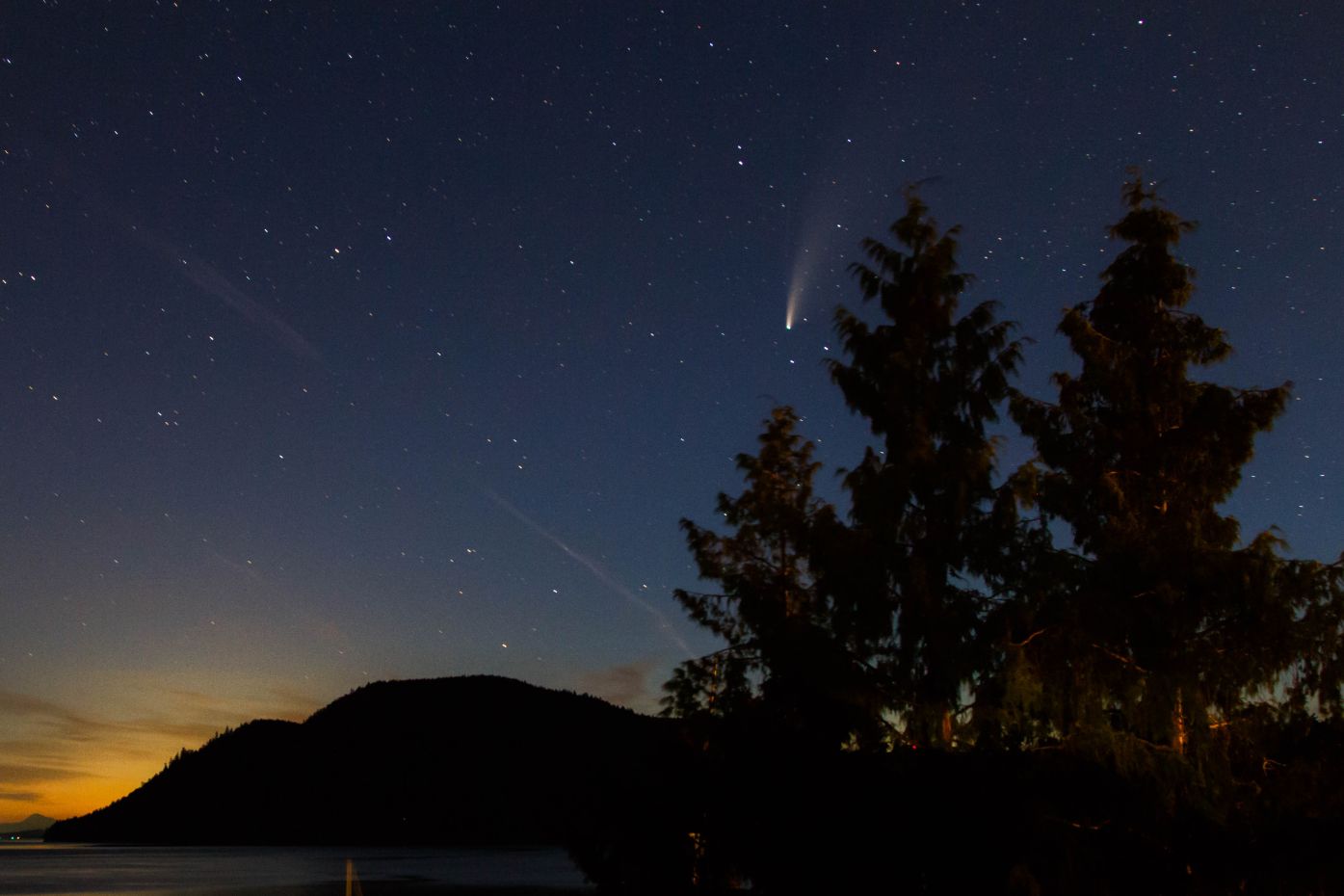 Join us at sunset at Dinner Bay Park on Sunday August 7th (8:30pm) for Starry Nights 2022. Tour the night sky while listening to myths and stories from ancient cultures about how the universe was formed.

What do you need to bring? – A blanket and/or mat to lie on, something warm to wrap yourselves in, and a mug for a warm beverage.

Scott Mair, a Victoria based nature nerd and former director of the Center of the Universe Astronomy Interpretive Centre will be with us once again to give us a tour of the night sky and some tips and tricks on navigating our way through constellations, pointing out the patterns of the Planets and stars that make up these distinctive groupings that have been observed for centuries by many different civilizations, from Sumerian to the First Nations peoples of North America and beyond.

Most of the constellation names we know came from the ancient Middle Eastern, Greek, and Roman cultures. They identified clusters of stars as gods, goddesses, animals, and objects of their stories. A constellation is a group of stars that appears to form a pattern or picture like Orion the Great Hunter, Leo the Lion, or Taurus the Bull. Constellations are easily recognizable patterns that help people orient themselves by using the night sky. There are 88 “official” constellations.

Lie back on your blanket, look up at the August night sky and listen to the dulcet tones of familiar Mayne Island voices telling myths and tales from Ancient cultures of these mysterious lights in the sky and how from their perspective, civilization came to be.

Join us for one of the highlights of the summer on Mayne Island.