Gulls of Mayne Island (and beyond)

Living on the coast, gulls are part of our viewscape and soundscape but few people know them beyond ‘seagulls’. They are conspicuous and gregarious and seem equally at home in urban, agricultural and marine areas.

Most of the gull species are in one family and all are similar in colour and structure. They have a large mostly white body and head with darker back and wings, and a large blunt bill. The exception to this is the small and medium dark-headed gulls.

Many of the gull species take two to four years to attain their adult plumage. Because of this, the identification of gull species by observing juveniles is more an art form than a science because of the great variation and subtlety of the changes.

The larger species are omnivorous and mix freely when there is abundant food. Smaller members of this family generally form flocks and do not mix freely with other gull species. Around Mayne in winter we can observe up to nine species of gulls on the marine shorelines and structures. Good places to observe these species are the Village Bay boat ramp and ferry terminal, Miners Bay and dock, Georgina Point, Reef Bay and the marine waters of Active Pass and Navy Channel.

Gulls are opportunistic foragers and can adapt rapidly to changing conditions. In the wild, gulls feed on fish and crustaceans as well as echinoderms (starfish, urchins, and their kin) in our area. The larger gulls however have a much wider diet that can include rodents, bird eggs and young birds, reptiles and amphibians, and invertebrates (worms for one). They also cruise and forage along beaches for carrion and other organic wastes. Landfills and fast food outlets are also common feeding sites.

The species we can observe on Mayne are mostly migrants and wintering birds; only the Glaucous-winged Gull is a resident breeder of this area. The other large gulls are the Western Gull, Herring Gull, Thayer’s Gull, Heermann’s Gull, California Gull, Ring-billed Gull and Mew Gull. The one species of smaller black-headed gull is the Bonaparte’s Gull.

Three of these are described below.

The Glaucous-winged Gull is a large white-headed gull endemic to the northwestern coast of North America. As year-round residents, they are widespread and common from the Bering Sea to the Columbia River in northern Oregon. Adults have a white head, neck, breast, and tail with a uniform light grey mantle and wingtips. The Glaucous-winged Gull is known as a 4 year gull because of the time it takes to reach its adult plumage. This is the gull we see and hear year-round. It is common, but not numerous, in all the marine and shoreline areas of Mayne Island. It is rarely in large pure flocks but more often found among other gulls at roost sites and in feeding flocks for herring or kills by seals and sea lions. It is also an adept pirate in that it can chase and harass other birds to release any food they have. Glaucous-wing gulls also are known to drop shellfish such as mussels, clams and cockles on hard surfaces to break them open.

The Bonaparte’s Gull is a small, black-headed gull that is usually seen in flocks picking invertebrates and small fish at or near water surfaces. Occasionally it soars to catch swarming aerial insects, such as ants. It breeds only in North America in forested northern regions. It builds its nests in conifers as single pairs or in loose colonies. This is a two year gull and has distinct breeding and non breeding plumage. The black head is only during breeding season. In winter the head colouration is white with a dark smudge behind the eye.  It is seen almost exclusively in Active Pass during both fall and spring. The flocks can be quite large – up to 8,000 in single day counts – especially during the spring. In flight, the flocks of Bonaparte’s behave like terns in their synchronized movements and sudden turns over the water. They remain in our local waters till early May and then start arriving back in October.

The Mew Gull is the smallest and most delicate of the white-headed gulls. It is most commonly encountered outside the breeding season in coastal areas and agricultural lowlands where it forages for a variety of prey, from fish spawn to earthworms. It will also take land animals, birds and garbage. It is a three year gull reaching maturity in its third year. A mature Mew Gull in winter is small and has a smudged head and neck. The bill is yellow and can have a faint ring but no red or black mark. The wings are black tipped and its legs are yellowish. While it is circumpolar in its distribution, in North America it breeds in the northwest in colonies and is the only white-headed gull to use trees for nesting. I have observed Mew Gulls on Forbidden Plateau on Vancouver Island with nest sites in trees on the shores of two of the lakes in that area. During fall and spring migration, Active Pass is alive with mixed flocks of gulls, the majority of those being Mew gulls. The spring migration can see flocks of 1500 Mew gulls circling and diving for food in the turbulent waters. Other areas of Mayne to see these gulls are the Village Bay boat ramp and ferry terminal, Georgina Point, Reef Bay, Navy Channel, Miners Bay dock and marine area and Bennett Bay. 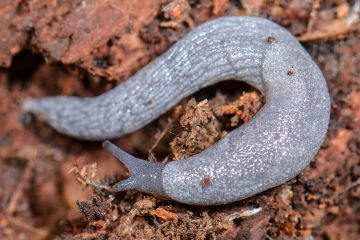 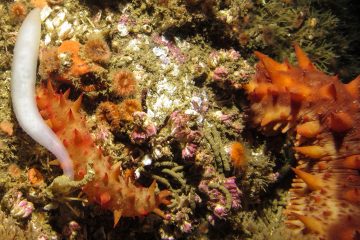 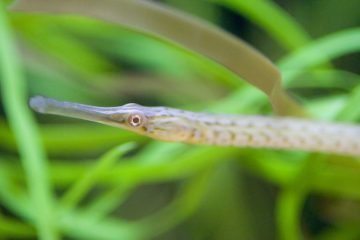