There are many mysterious creatures living along Mayne Island’s shores.

Our intertidal shorelines are home to thousands of creatures that we rarely see. One of the most interesting is the Lewis’ moon snail, a species found all along our Pacific coast. Here on Mayne, we see them along Navy Channel and Horton Bay, among other areas. 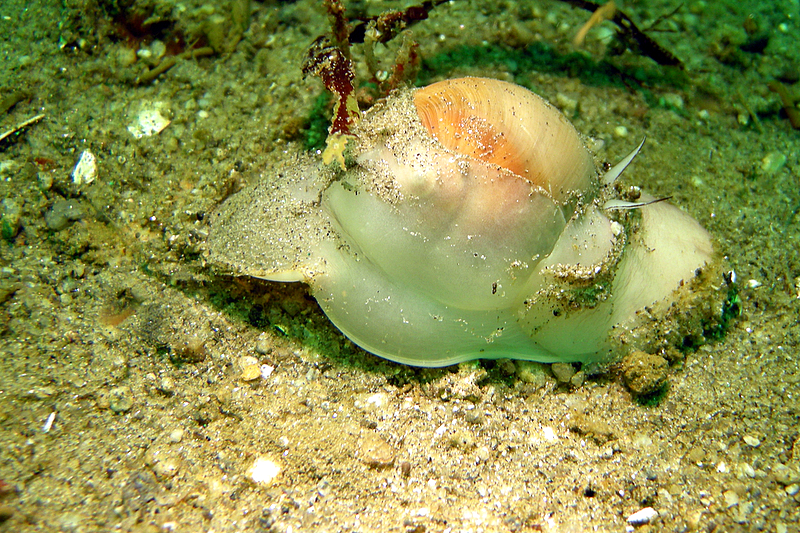 This might not be a creature you spot every day, but it’s one you might want to get to know—because it’s just so cool. It’s our largest snail, and easy to recognize with that huge fleshy foot that covers the shell. That foot is handy as a plough for digging into the sand. As with so many marine invertebrates, that huge fleshy appendage is mostly water. The moon snail can expel the water in a hurry, retracting the entire foot into the shell and closing up tight with its operculum or trap door.

Moon snails are predators, and eat a lot of clams and other shelled invertebrates. They rasp their way into their prey with a specialized tongue-like appendage covered in seven rows of specialized teeth called radula. Then, aided by enzymes and hydrochloric acid, they siphon the contents out of the shell. You can learn to recognize the discarded remains of moon snail chow by looking for neat holes bored into shells. 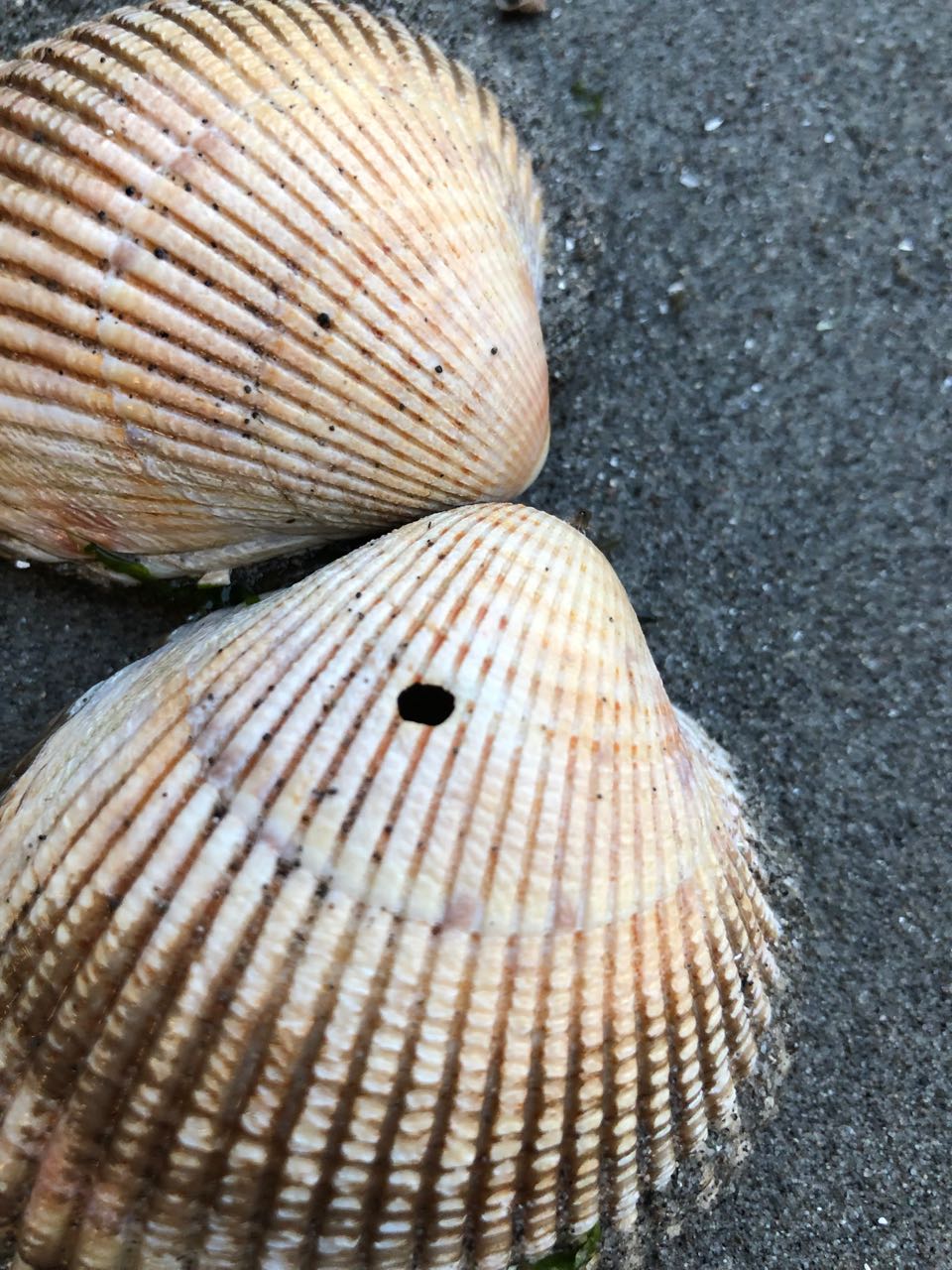 A deceased Nuttall’s cockle with a suspicious hole, Village Bay.

Moon snails are preyed upon in turn by sunflower stars, one of our area’s top predators. Traditionally, people also ate moon snails along this coast. Today, they are not likely to be found on the list of legally harvestable shellfish—they may concentrate toxins from the clams they eat. 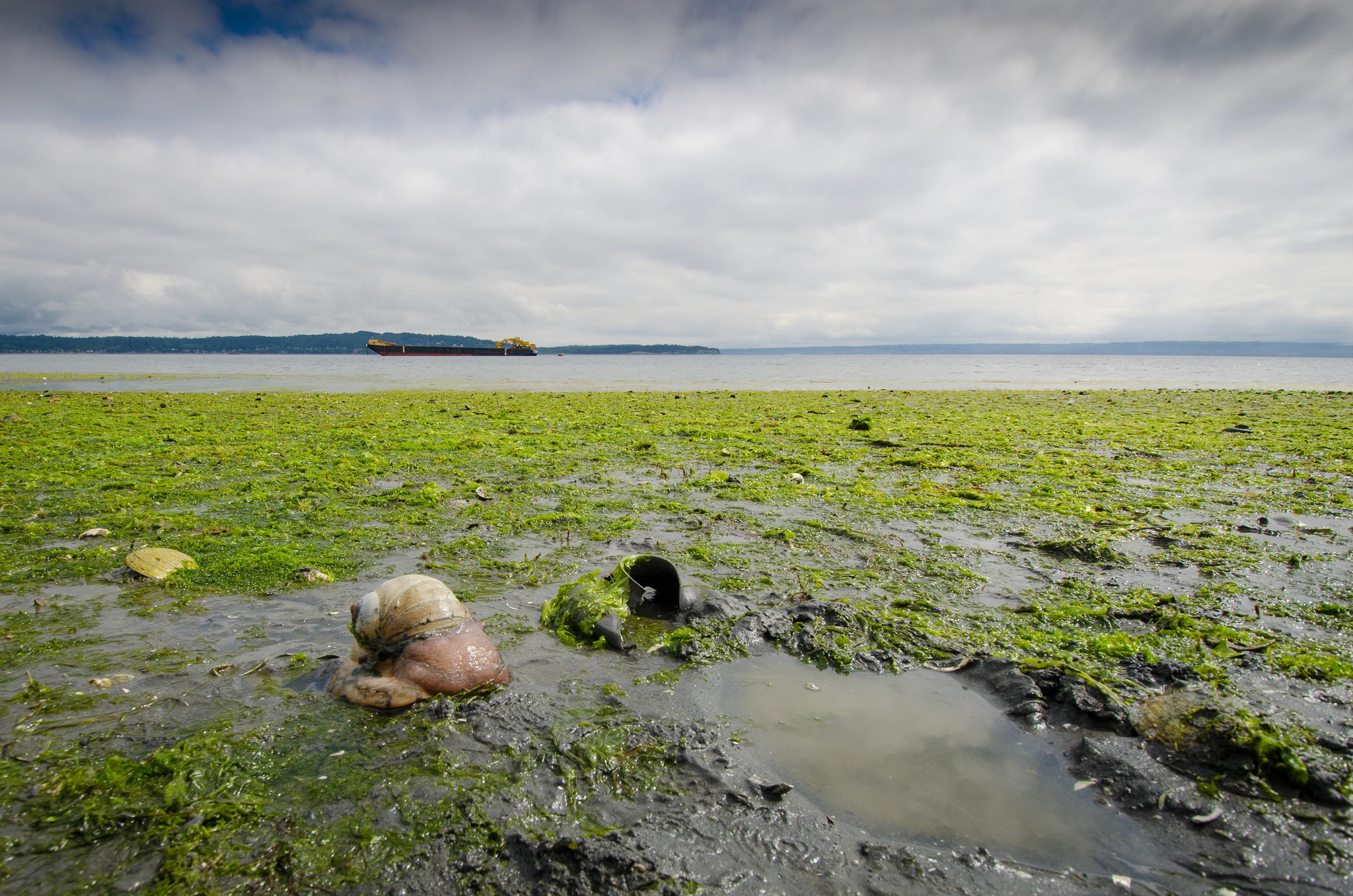 In summer, female moon snails leave a beautiful and distinctive egg assembly called a sand collar, which you might find on the beach at low tide. They embed thousands of eggs in a matrix of sand and mucus, from which tiny free-swimming larvae emerge a week or so later. (Yes, there are males and females in this species, whereas many other snails and slugs are hermaphrodites.) 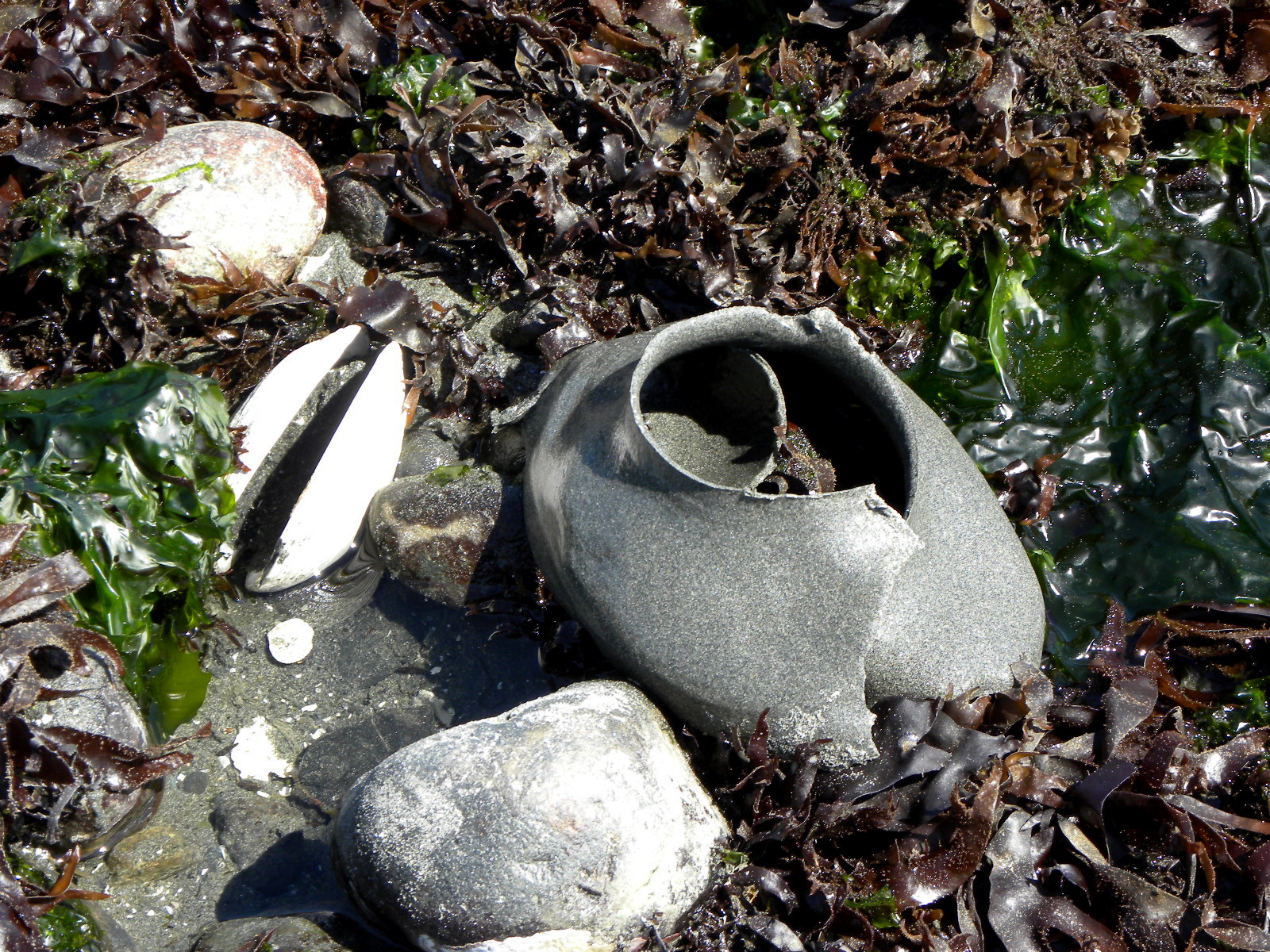 The Mayne Island Conservancy is working to study the life along our shores, and conserve the remarkable diversity that lives there. You can help keep Mayne’s shorelines healthy by using fewer plastics, joining one of our shoreline cleanups, or by donating to our Healthy Shorelines campaign. We really appreciate your support.

Cool article Don! My 4 year old son wants to know if the moon snails came here by rocket ship. What should I tell him?

Well, I guess we don’t know for a fact that they didn’t…