Something to Coo About

The Pigeons and Doves of Mayne Island

Birds provide a rich contribution to our island soundscape through their songs, calls and other sounds.  We have three representatives of the pigeon and dove family which contribute the wonderful cooing sounds we can hear through out the forests, shorelines and gardens of Mayne Island. These three—the rock pigeon (or feral pigeon), a successful introduction, the Eurasian collared dove, our most recent arrival and the band-tailed pigeon, our largest native pigeon—all have interesting stories and similar calls, which I hope to sort out for you by the end of this article. 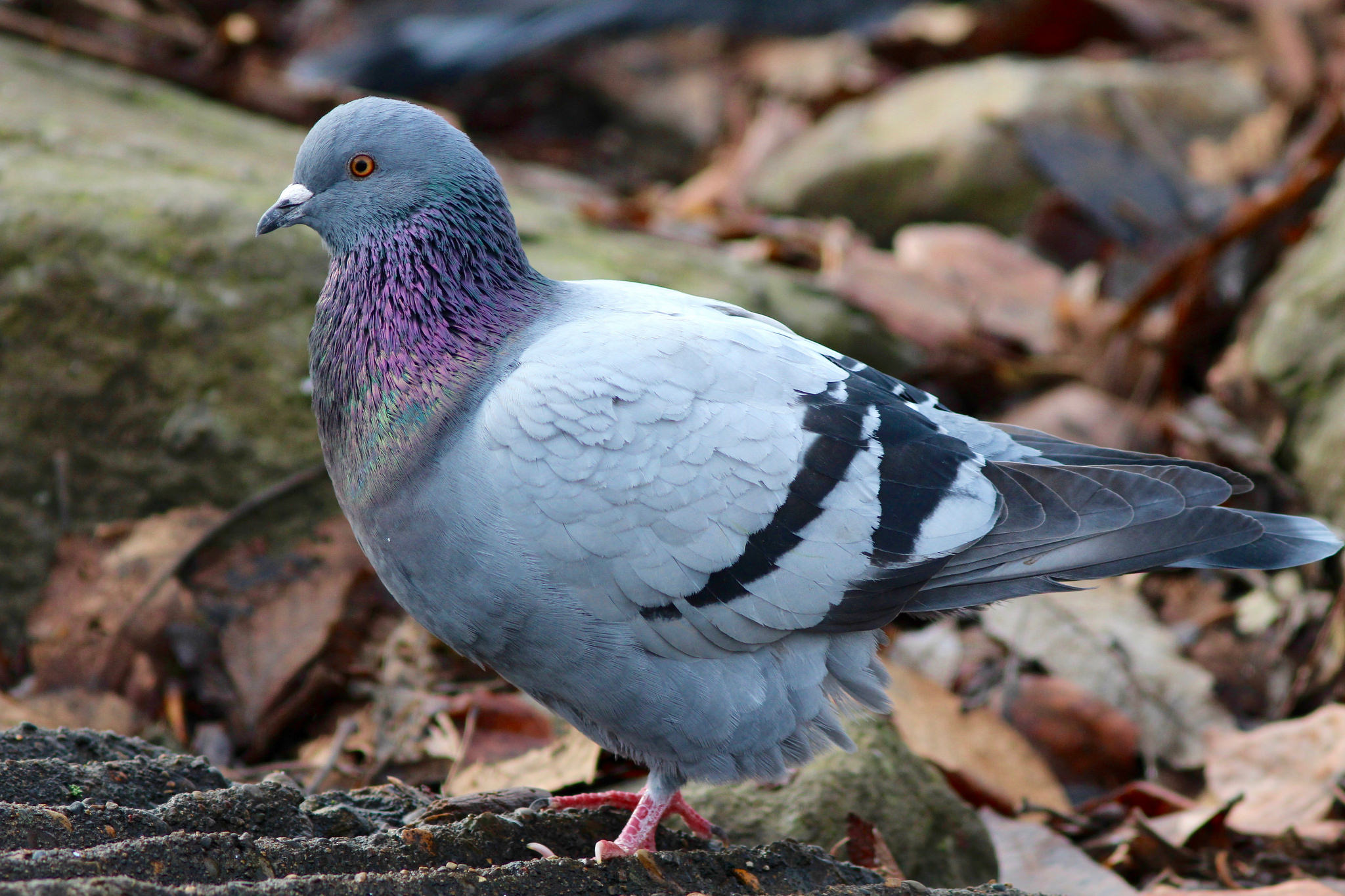 The rock pigeon should be most familiar as it is found almost everywhere that we humans inhabit. I call it an introduction because it was not originally from here, or North America for that matter. Its roots are in the cliffs around the Mediterranean. It, like the chicken, was domesticated early on—about 4500 years ago—and since then 150 varieties have been created for food, fashion and racing. The North American introduction came by way of Port Royal, Nova Scotia in 1606. Since then it has colonized almost every urban, suburban and agricultural centre. In British Columbia, no free-living colonies are known outside of settlements, but practically every community has feral and domestic populations of this bird. Our best place on Mayne to spot them is the Miners Bay Dock where a small colony has been living there for many, many years. There are many colour varieties, but rock pigeons typically have a grey body with iridescent feathers around their neck, a broad black band on their tail, and salmon-colored feet. They make a characteristic ‘clacking ‘ sound when they take to flight. This sound is made by their wingtips hitting each other as they rise to fly. A fun fact: most birds have to tilt their heads up to swallow water when they drink, rock doves, however, do not.  They can suck the water from puddles or other water sources.  Young pigeons are not fed high protein seed and insect diets but instead ‘pigeon milk’ a fatty milk-like substance produced by the parents’ crops. Click below to hear its call. 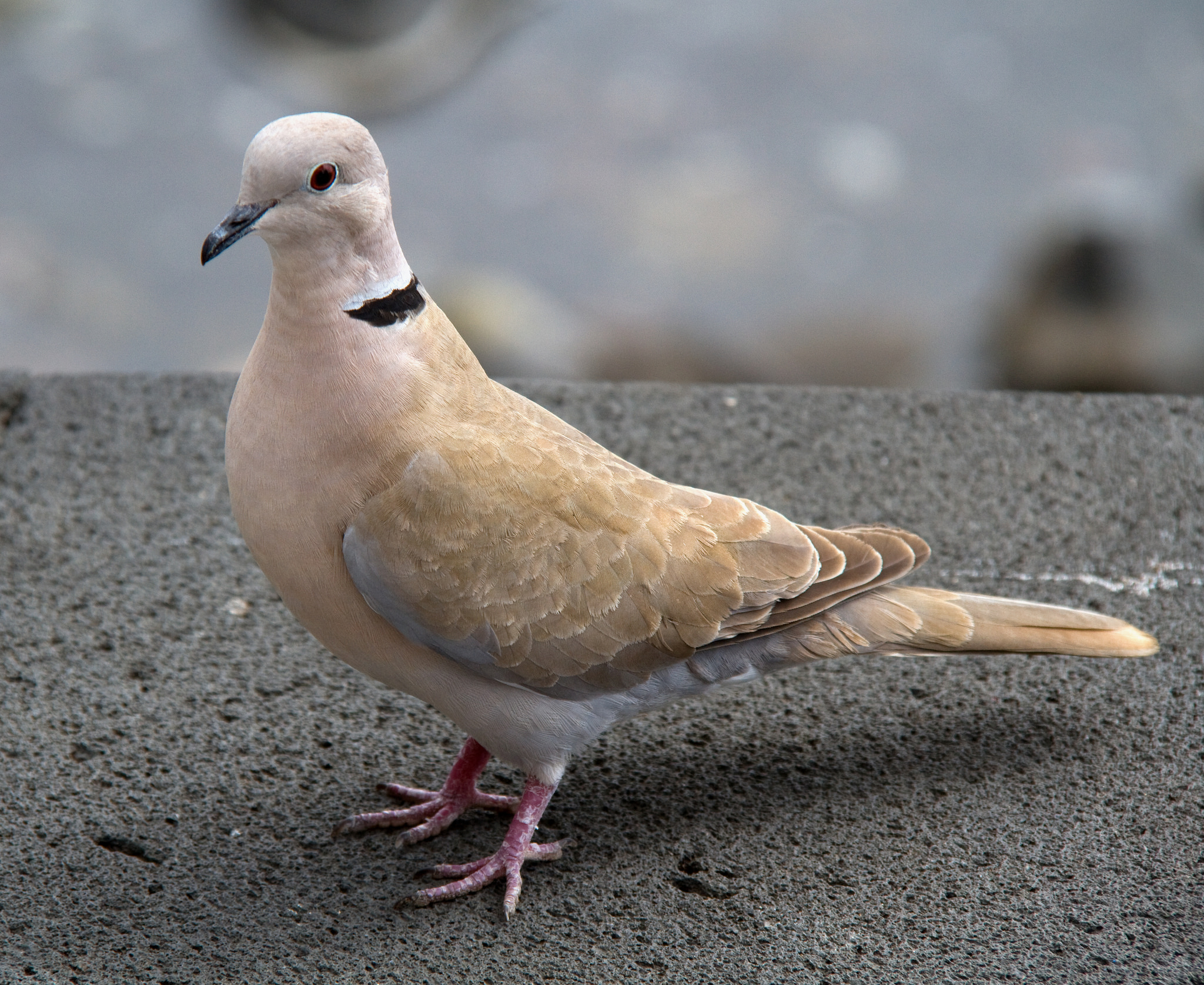 Our next species of dove is the Eurasian collared dove, a new arrival to our area. This species is native to southeast Asia and like the rock pigeon, its expansion can be tied to human settlements and agriculture.  For North America, 50 collared doves escaped captivity in the Bahamas in the 1970s and the population expanded to reach Florida by the 1980s. The first Canadian record was in Alberta (2001) and by 2005 it was in BC. The first confirmed persistent population was the Similkameen Valley and some isolated coastal sites (2008). My first sighting of a collared dove was in Ucluelet and at that time (2009) it had a patchy distribution, the Vancouver Sun remarked in 2009 that “birds seem to drop out of the sky in remote places.”  By 2012, the collared dove was widespread across central and southern British Columbia, with breeding confirmed as far north as Stuart Lake, and probable breeding recorded as far north as Atlin Lake and the Liard River. Breeding commences in February and continues into at least October in the Fraser River delta. Such a wide breeding window for a multi-brooded bird may partly explain its rapid range expansion. It takes very well to feeders and gardens and will nest and roost anywhere there are tall trees near settlements.

The Eurasian collared dove has pale grey plumage with a thin black ‘collar’ of feathers around its hind neck trimmed with white. Its bill is black and its feet are red. You will hear this bird well before you see it as it has oft repeated coo sound described as coo-COO-coo, emphasis on the middle coo. Fun fact: during its European expansion (early to middle 20thCentury) the collared dove was dispersing at a rate of 45 kilometers per year. 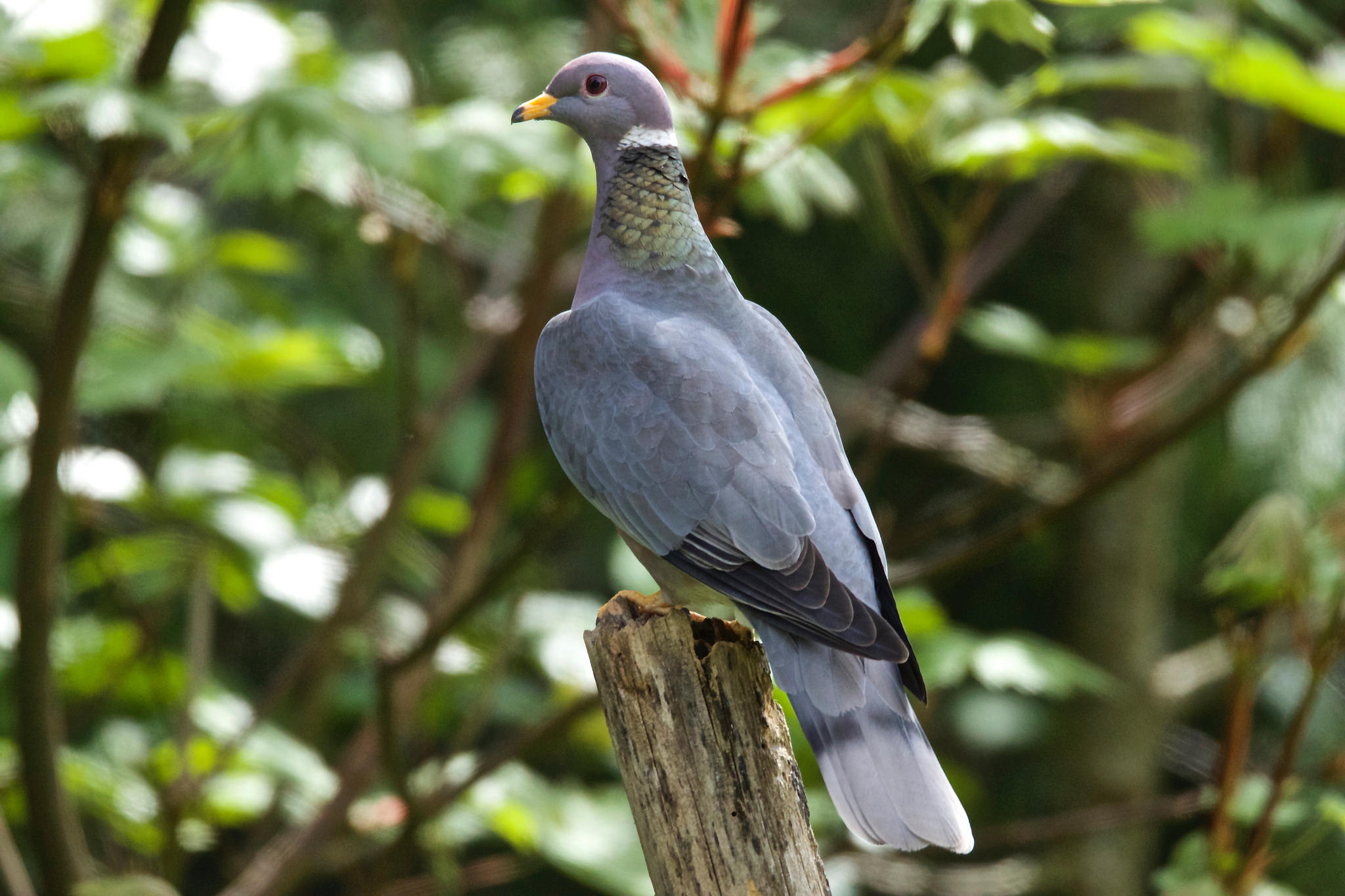 The final of our threesome is the band-tailed pigeon and it is native to North America, and is in fact the largest pigeon species.  This pigeon is found in moist forests of the Pacific coast from the Alaska to Baja, and in drier mountain forests from the Sierra Nevada to South America. It is a partial migrant; some of the North Pacific (including British Columbian) birds migrate to California, but others now overwinter in the mild southwestern corner of British Columbia, having once been summer visitors only. In Canada, this species is only found in BC and mostly along the coast below 250 m elevation. The species uses a variety of forest types with an understorey of fruiting shrubs, and has adapted to suburban and agricultural areas that have sufficient tree cover, where grains and exotic fruiting shrubs supplement natural sources of food.  While I lived on Bowen Island in the 1980s these large birds were quite the entertainment trying to land on the spindly branches of red huckleberry shrubs to feed, particularly as there would be numbers of them on the same shrub.  As well, these pigeons regularly use mineral sites and grit-gathering areas for sodium and possibly calcium to supplement their diet. It is thought that the location of these special sites is a limiting factor for their variable abundance. I have had flocks up to 10 at my pond here on Mayne in summer, both drinking and pecking at the exposed clay deposits found there.  Unlike the previous two species, the band-tailed pigeon population has been in decline due to historic overhunting (yes it is hunted throughout its range), which for the last 16 years or so, Canada has strictly curtailed for this species. Other factors include that the species is long-lived (up to 22 years) and has a low reproductive rate (one brood and 1-2 eggs per year); forestry creates dense second growth forests with limited berry producing shrubs; and the pigeons’ susceptibility to disturbance at isolated mineral sources needed for their nutrition.

This species is large and lanky with a long fanlike tail. It is shades of grey overall with a lighter grey band on the tail. It has a white collar stripe. Unique among pigeons is its black-tipped, yellow bill and yellow feet. Its call is more a hoot described as hu whoo, hu whoo and its wings also make a clapping sound at take off. It is a flocking bird and is known to mob feeders. Fun fact: the band-tailed pigeon’s nearest relative was the passenger pigeon and because of this, researchers have been mapping the genome of both pigeon species (the latter using mostly stuffed specimens) with the hopes of recreating the passenger pigeon to again inhabit the recovering hardwood forests of eastern North America. 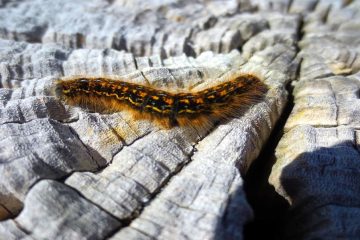 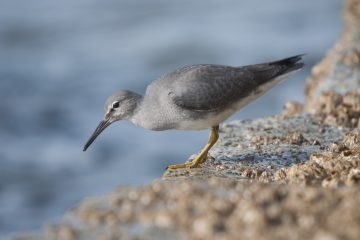 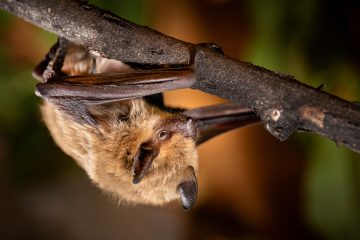