The Beginning of an Ecological Vision

Once upon an island, not so very long ago, there was a place where western red cedar, grand fir, and Douglas fir grew, shading ferns, salal and Oregon grape, the understorey carpeted by a variety of mosses, lichens and fungi. Paths led to the top of a ridge overlooking surrounding islands and the Olympic mountains in the distance. As you may have guessed, this is now known as Mount Parke, a much-loved and protected part of our island. The 21 hectare (52 acre) summit ridge, the highest point on Mayne Island, was transferred from the province to CRD Parks in 1991.

Mount Parke Regional Park was established to protect a 40-hectare portion of the land including part of the ridge. A small group formed in 2003 called The Friends of Mount Parke with a goal to protect the entire ridge. While their efforts to purchase the property were not successful at that time, there was now an active environmental group working together to preserve the natural beauty of the Island on a broader scale. In 2005, the Friends of Mount Parke became the Mayne Island Conservancy Society. Education, stewardship and landholder consultation were identified as the most valuable programs at the time. In October 2020, an additional 42 hectares of  land was added to the Mt Parke area when they were purchased by CRD Parks with a $50,000 donation from the Mayne Island Conservancy’s CAMAS fund.

The newly formed Conservancy also carried on the work started by the Mayne Island Naturalists, an informal group established in the 1990s by Michael Dunn. This included the Christmas Bird Count, establishment of the Active Pass Important Bird Area, Oceans Day, and community beach clean-ups with the Recycling Society. Over the years, the Conservancy has achieved several land acquisitions, established stewardship and covenant agreements, and engaged with the community through events, programs and publications including this newsletter. Our staff  has studied the island and educated us about invasive species, the island’s ecosystems, and has engaged in land and ocean monitoring projects to raise awareness of conservation issues on the island.

To encourage local residents to tread lightly on this fragile island, the Conservancy began a landholder consultation program in 2008, previously known as the “Walkabout” program. A native plant nursery was established to provide a source of locally adapted native plants for habitat restoration projects on public and private lands. Also in 2008, Leanna Boyer was hired as the first full-time employee, and she began the important task of developing mapping and monitoring programs for local marine ecosystems.

Around the same time, the Conservancy launched an invasive species management program including the Broom Action Team (led by Peter Askin), which engaged many volunteers to remove Scotch broom from public places and along roadsides. Long term habitat restoration at Henderson Park and Bennett Bay was also started, requiring hours of dedicated volunteer effort.

In 2006, the first May Day event was organised by Helen O’Brian and Maggi Cheetham, as a celebration of the greening of the land. This later morphed into an official Conservancy “welcome to spring” event, raising funds and awareness of the Society’s work among Mayne Islander residents and visitors. Today it marks the beginning of the Saturday Farmers’ markets where people can visit our booth to hear about our current projects, join the Conservancy, and ask about volunteer opportunities.

In 2010, the Conservancy was approved to receive conservation covenants by the provincial government, and a small piece of land on Horton Bay was donated as a nature reserve. An initial inventory done by Conservancy staff resulted in a surprisingly long list of native flora and fauna to be protected under the established covenant and subsequent management plan. This was the first of two covenants now held by Conservancy, an important landmark in the organisation’s history.

In 2013, Michael Dunn transitioned from President of the Society to volunteer Executive Director, a position he continues to hold today after 10 years of committed and complex work. In 2013, a gala was held to mark the 10-yr anniversary of the Mayne Island Conservancy, and the Conservation, Acquisition, Management, and Stewardship Fund (CAMAS) was established to continue with future land covenants and acquisitions, as well as ongoing management and stewardship programs.

The years 2016-2017 were action-packed for the Conservancy, as the opportunity to preserve St John Point arose. The organisation had just attained certification as an eligible recipient of Ecological Gifts by the federal government, just in time for the launch of the St John Point campaign. This exciting opportunity meant that a large sum of money – $4.3 million – needed to be raised in just under a year. The Conservancy worked with the American Friends of Canadian Conservation, CRD Parks, and with many generous donors to raise the funds with the happy outcome of adding this beautiful park to our covenanted land and saving it from future development. During this intense process, the Conservancy assisted the owners with the Ecological Gift Certification, produced a Baseline Documentation of the land’s ecological value, and negotiated a conservation covenant with the CRD Parks to protect the land in perpetuity. Two remarkable Conservancy volunteers also ensured this project was successful: Ann Johnston and Alan Ryder. We remember their commitment, hard work and lively personalities with great fondness.

Wetlands are rare on Mayne Island, but when a large farm in the centre of the island was purchased by Kristine Webber and Peter Robinson, the Conservancy was approached by the new owners and given a fantastic opportunity to restore one of the largest remaining wetlands on the island, which had been drained and used as cattle pasture in past decades. Thanks to funding from Environment and Climate Change Canada and a strong partnership with Kristine and Peter, the wetland has been guided back onto a path of natural function and recovery. In recent years, the Conservancy has worked closely with dozens of landholders across the island who are actively restoring and stewarding their lands for the benefit of all.

Our most recent land protection project began in 2019 and ended in the autumn of 2022, assisting the Nature Conservancy of Canada with the purchase of 35 hectares (87 acres) on Edith Point, again ensuring that this undeveloped Coastal Douglas Fir Ecosystem be preserved forever. Without the ongoing work of Michael Dunn and the generosity of the Graves family, this would not have been possible.

Under the direction of biologist Rob Underhill, the Conservancy continues to coordinate a robust and extensive marine monitoring program, formalised agreements with the Gulf Islands National Park Reserve for restoration work, a Partners in Park agreement with CRD Parks for St. John Point and Mt Parke Regional parks, and an ongoing agreement with the Mayne Island Parks and Recreation Commission for restoration work at Henderson Park. In 2021, we created a second full-time staff position of Stewardship Coordinator, increasing program capacity and allowing us to expand our youth and public education programs.

The Mayne Island Conservancy Society has been working for 20 years to preserve the ecology of the Island and its surrounding waters for future generations. During 2023, we share and celebrate with you our past accomplishments and consider the challenges and hopes of the future. Our mission is to protect our fragile island home with its diverse ecosystems as we continue to encourage the community to accompany us on this journey. 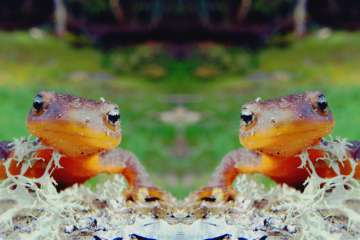 Double your Donation – a Resounding Success!

You did it! CONGRATULATIONS and THANK YOU to all who participated in the Matching Funds Campaign in December. With your generous support we succeeded in matching the very generous $10,000 donation from the Graves family, Read more… 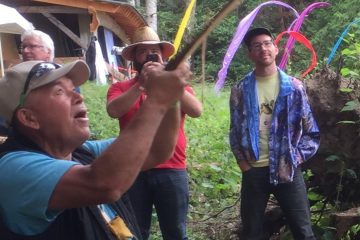 Were you inspired reading ‘Braiding Sweetgrass’ or are you a fan of renowned ethnobotanist Nancy Turner’s research on Indigenous peoples’ knowledge of plants and environments? Then you might want to attend a Mayne Island Conservancy Read more…