An Addition to Mount Parke

Your Conservancy at Work

As you may have heard, the Capital Regional (CRD) Parks closed on the purchase of a piece of the private land known as Lot 7, Glen Echo to add to the lands that make up the Mt. Parke Regional Park. This purchase adds almost 46 hectares (113 acres) to the regional park, and the Mayne Island Conservancy contributed to this purchase with a contribution of $50,000 from our Conservation, Acquisition, Management and Stewardship (CAMAS) Fund, which was set up in 2013 for this very purpose.

Many of you likely do not know that the Mayne Island Conservancy has had a long history with the Glen Echo property starting in the early 2000s. At that time CRD Parks had initiated discussions with the managers of the Glen Echo property to acquire the ridge lands as an extension to the existing park but they needed the island community to raise a third of the costs. A small group of interested islanders formed the Friends of Mount Parke in 2003 and were successful in raising the community’s share of the funds. However, the owner of Glen Echo decided he would only sell the entire 240-acre parcel, which unfortunately we could not achieve. Encouraged by the positive response, the Friends made the decision to move on from being an ‘issue-based’ organization to work on a broader conservation scale, changing its name to The Mayne Island Conservancy Society in 2005.

The new owner, after some community dialogue, subdivided the property as we see it today. In this subdivision, the owner recognized the parkland interest of the CRD and left Lot 7 as a large block of undeveloped land bordering the regional park. Fast forward to 2013-14, the Mayne Island Conservancy, with the backing of an anonymous private donor, approached the current owner about selling the property as an addition to Mt Parke Regional Park. The Conservancy made an offer that was declined and no further work was done.

During this same period, the CRD maintained its interest in acquiring additional lands adjacent to Mt. Parke Regional Park. In fact, the recently approved management plan for this park still refers to the CRD’s interest should an opportunity arise.

The Conservancy was contacted in the summer of this year by CRD’s park acquisition team to let us know that a sales agreement had been negotiated with the owner for the purchase of Lot 7 and it was to close October 23, 2020.  So, in keeping with the Conservancy’s long-standing interest in this property and our desire to add more lands under conservation and for public use, the decision to commit the $50,000 was made. With this commitment, a contribution from the owner and the CRD’s Park Acquisition Fund, the CRD purchased the property on October 23, 2020. The Conservancy is pleased that it could contribute to the success of this purchase and that the CRD has been able to complete a long-term objective for Mt. Parke Regional Park.

Categories: Caring for the Land

Wonderful fantastic news! So glad to hear this. Great work on making this happen. Based on the map, it looks like this nearly doubles the previous acreage of Mount Parke?

Not too far off double depending on what you consider part of Mt Parke. The three existing park properties were: Mt. Parke Regional Park (including Mary Jeffery Park which is co-managed with the MI Parks and Rec Commission (122 acres), and Plumper Pass Community Park (39 acres). With the new CRD property (118 acres), the total park area complex is now 279 acres.

Well done MICS! It’s very exciting to see growing conservation areas on Mayne. This one has been a long time in the making and its wonderful to see the vision realized. 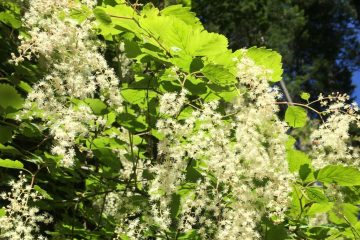 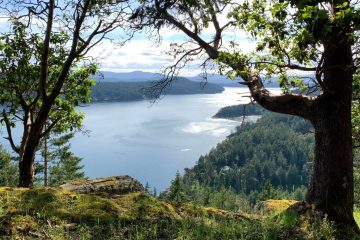